I am on Project Fi, Google’s cell phone plan offering. It has limitations for me as an iPhone user, so I am thinking about switching to one of the major providers. Some research.

But a few not-so-nice properties make me consider switching to something else:

Google likes Android and sells (nice) Android phones, so it should be no surprise that Project Fi likes Android as well. You need a Google Android phone to activate service, specifically a Pixel 2, Pixel 2 XL, Pixel, Pixel XL, Android One Moto X4, Nexus 5X or Nexus 6P. You also need a Google account to use Fi. After activation, you can use the Fi SIM in other phones as well, including iPhones, with some limitations:

If Fi offered full iPhone support, it would be a no-brainer. I don’t dislike Android, but I do still prefer the iPhone for three reasons:

Pano straight out of the iPhone SE. Full size

But Fi does not fully support the iPhone, so let’s dig into other offerings a little.

AT&T and Verizon plans are expensive. Verizon wants $75 / month, and AT&T will eat $90 out of your monthly budget. (They have a $60 plan too, but it does not offer mobile hotspot, which I use a lot.) Both offer international day passes at $10. I spend about 20 days a year abroad, so that’s an additional $200. Conclusion: I can expect to pay $1100-$1280 annually, compared to $480 now. A $620-$800 difference annually. Grotesque. (Especially compared to the EU, where there is an actual competitive marketplace, and good-for-most plans including a few GB of data can be had for €15 a month.) 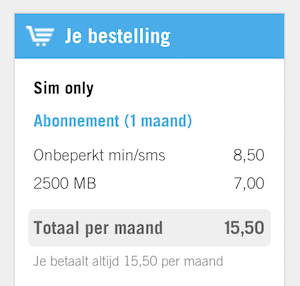 There are also Mobile Virtual Network Operators or MVNOs — virtual providers who repackage excess capacity on real providers’ networks into cheaper plans. Some of them are owned by the major providers and simply a clever way to segment and capture more of the market. Going with an MVNO such as Cricket (owned by AT&T and operating on their network), you can get a decent plan for $35/mo. To get tethering however, you need to be on the $45/mo plan or better, and cough up an additional $10/mo, for a total of $55/mo. Doesn’t look so cheap anymore. Moreover, these MVNO plans do get throttled and/or deprioritized — Cricket caps speeds at 8Mbps, for example. The results of deprioritization are less predictable and obviously not advertised.

Conclusion I can probably get better call quality and keep my iPhone, but it would cost me $620-$800 per year more. Or go with an MVNO for a little less and deal with the network deprioritization. I think I will pocket my money, swallow the call quality issues for now, and stay with Project Fi. Once the Pixel 2 becomes available, I will check out the camera and decide if it’s worth the $650 upgrade.