I wear an gen 3 Apple watch. It’s fairly unattractive and I dislike the ‘glasshole’ effect, but convenience trumps that noise.

A watch has one purpose: giving information at a glance. In this magical age, we can be more specific and say that its purpose is giving you the most salient information depending on context. This is where I find the Apple watch less than ‘smart’, because it does not do very much with context (like time of day, day of week, location). This makes some sense because Apple has always been somewhat cautious in having its stuff think on your behalf, or at least make them seem that way. This sets Apple products apart from Android and Google, which try to be ever smarter and feel too intrusive as a result, and it is one of the reasons I prefer Apple mobile devices over Android based ones.

The Apple watch lets you do your own customization however. It has a thing called watch faces, that let you customize—to an extent—what your digital watch face looks like. Then there’s another thing inexplicably called ‘complications’, things that you can add to your watch face. The watch comes with some built in faces and complications. You can build your own faces, and apps can provide more complications. (It really is less complicated (ha-ha) than it sounds.)

After some tweaking and messing around with combinations of watch faces and complications, I realized that I need two watch faces, one for weekdays (work days) and one for the weekend (play days). On work days I want to see my next appointment. On play days I want to see a flower to remind me to spend time outdoors instead of playing Civilization or what have you. The rest is the same for work and play: the date and time, the weather, and my activity progress. So I ended up with these two faces for work days and play days: 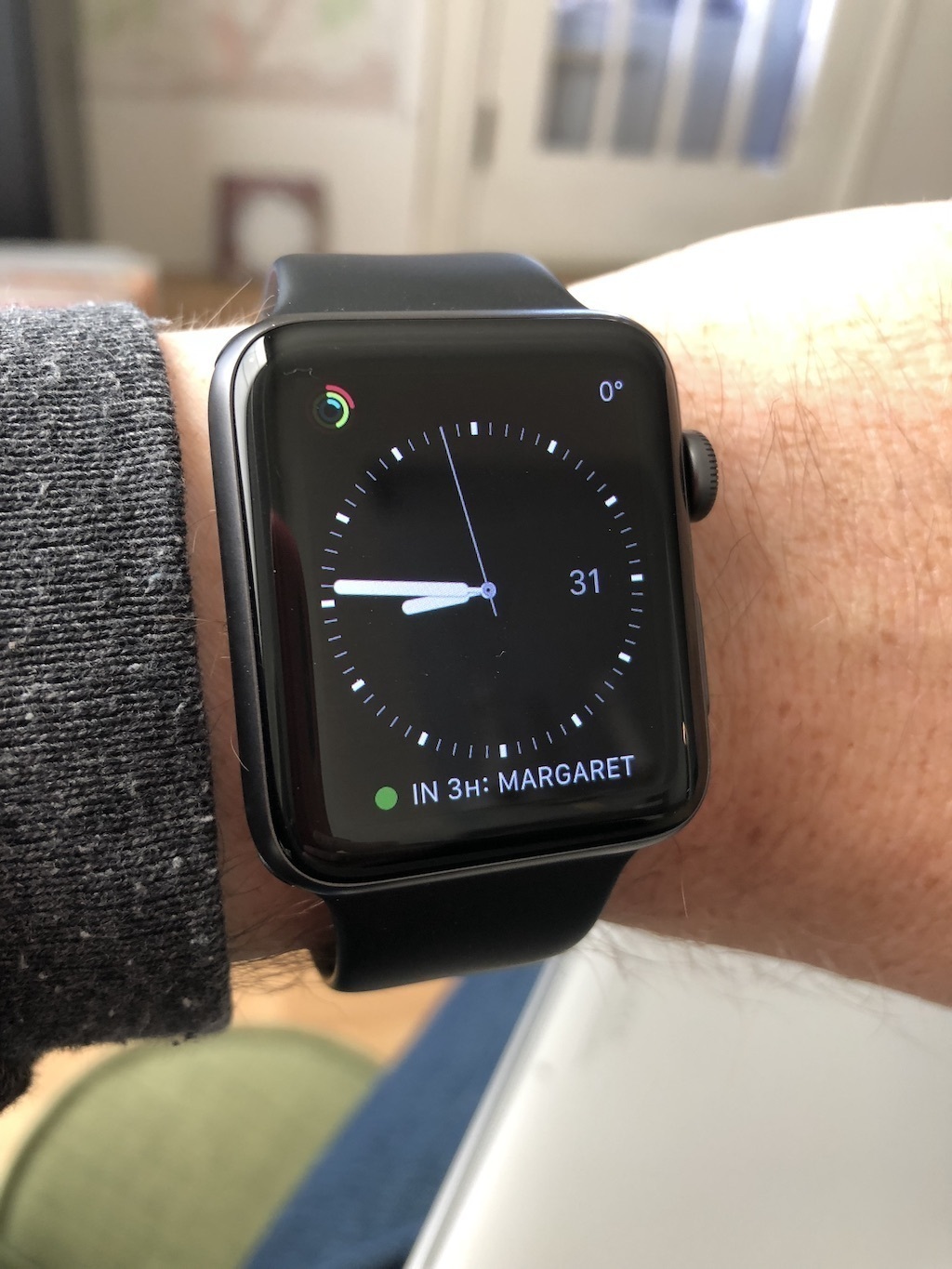 You can switch between faces by swiping left or right, and you can control the order of the faces in the watch app on an iPhone. Using those two features, all I need to do is swipe left on Friday afternoons and right on Sunday nights.