The Granary District is the hip place in town now. I loaded up my little Minox with an expired roll of Velvia E6 film to go and see for myself!

It seems that the Granary District is bound to the north by 600S, to the east by W Temple, and to the south and west by the 900S ramp and I-15: 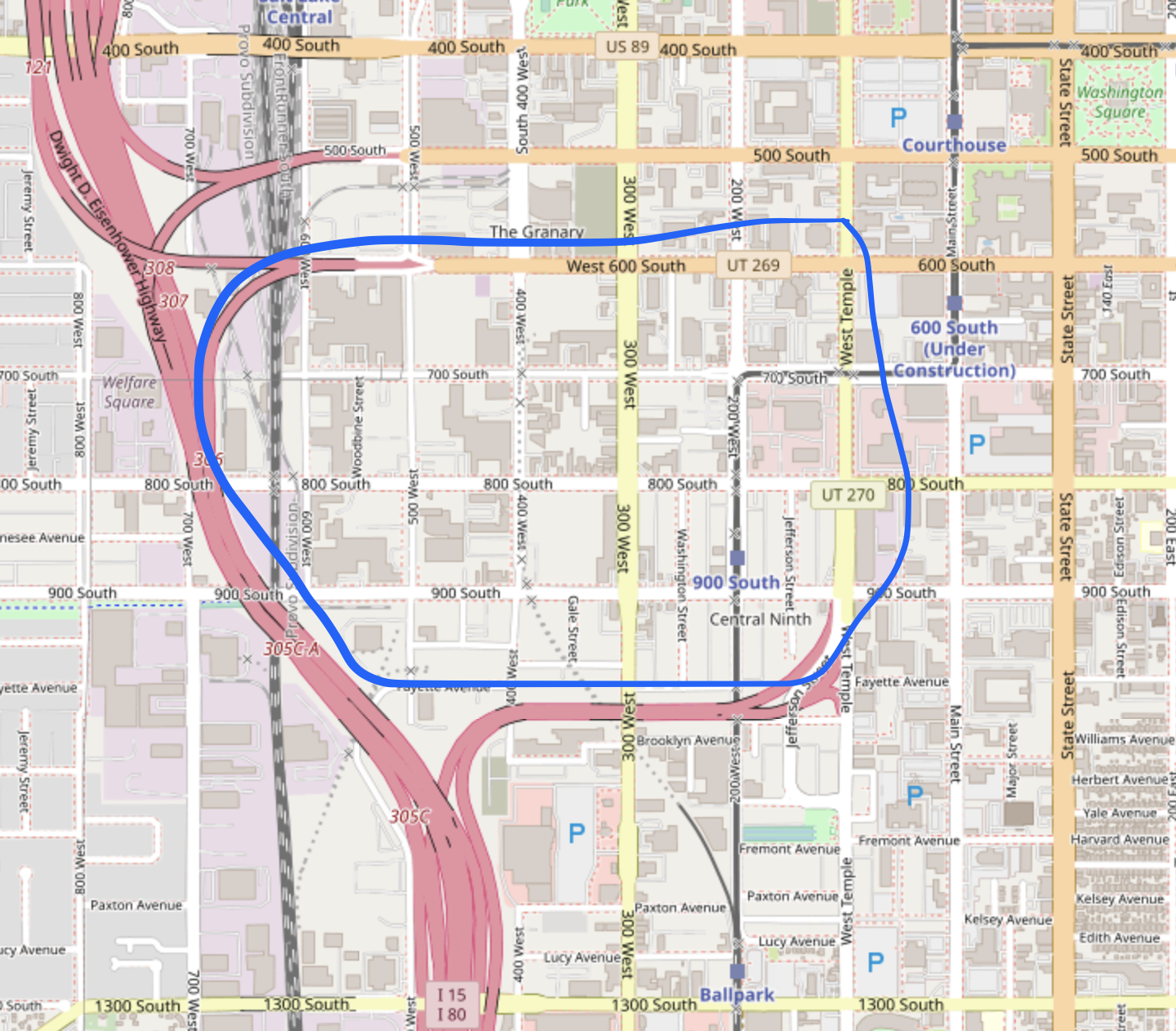 Neighborhoods, especially ‘up and coming’ ones, can be hard to define in terms of strict boundaries. Neighborhood boundaries likely go through some sort of lifecycle, starting with a point, then a period of expansion and refinement as real estate developers and other stakeholders fight over who’s in and who’s out, then stabilization or even decline as the next hip neighborhood may claim some of its territory. See Alpha Shapes and Beta Shapes for some discussion and tracing of colloquial place boundaries. 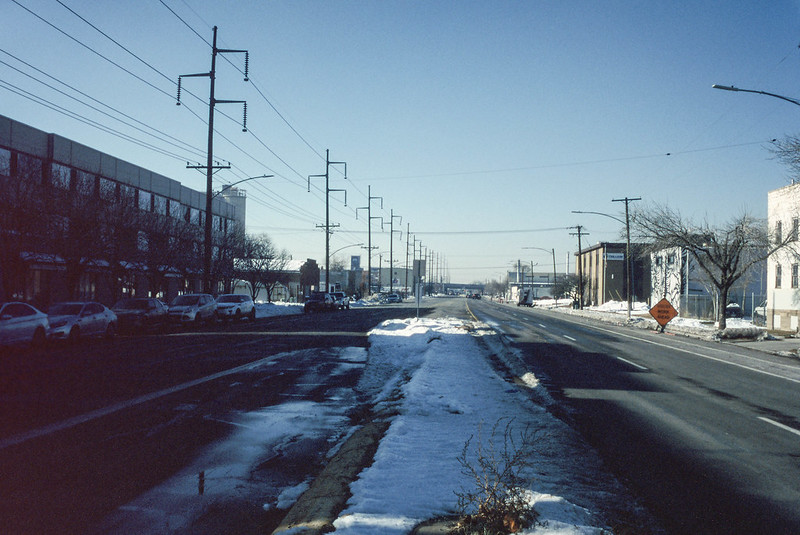 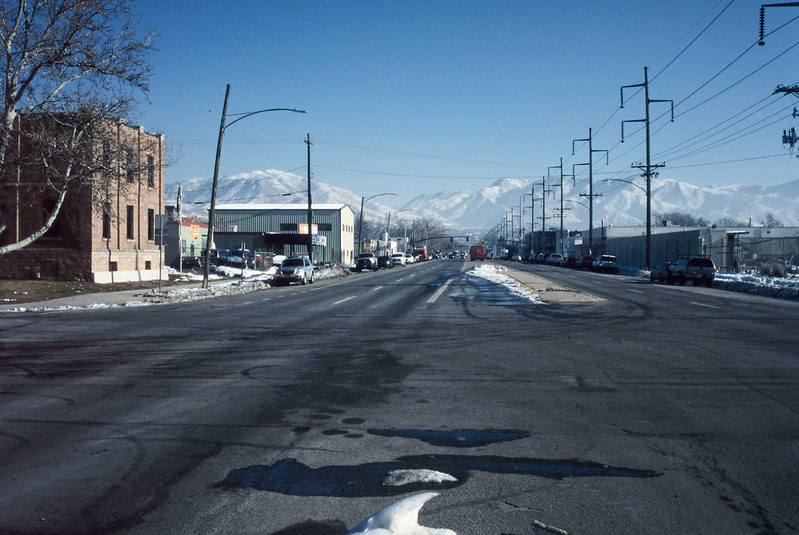 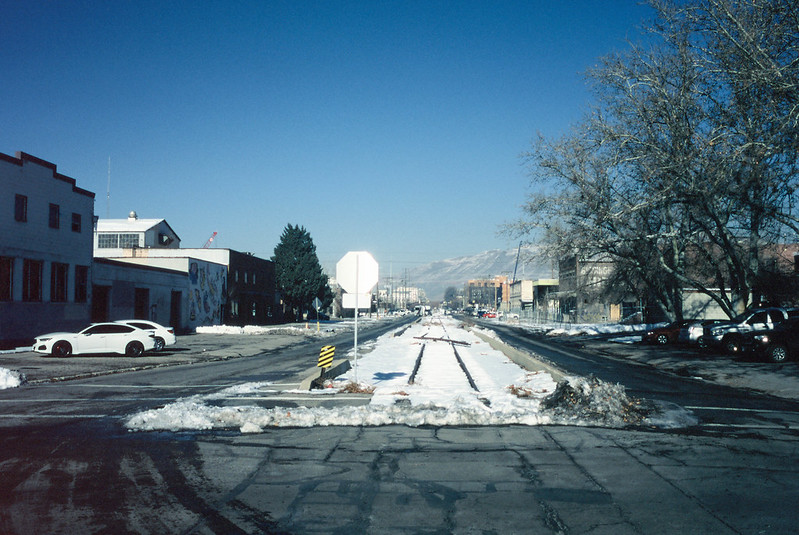 It may not look like much now, but there are beautiful visions of Edison bulb lit spaces filled with flaneuring members of the creative class:

The Pickle Building in question today: 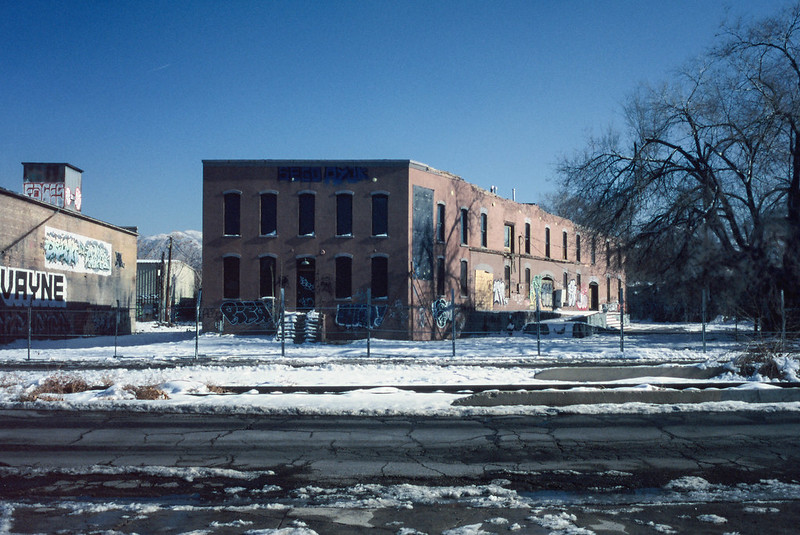 And the building to the north: 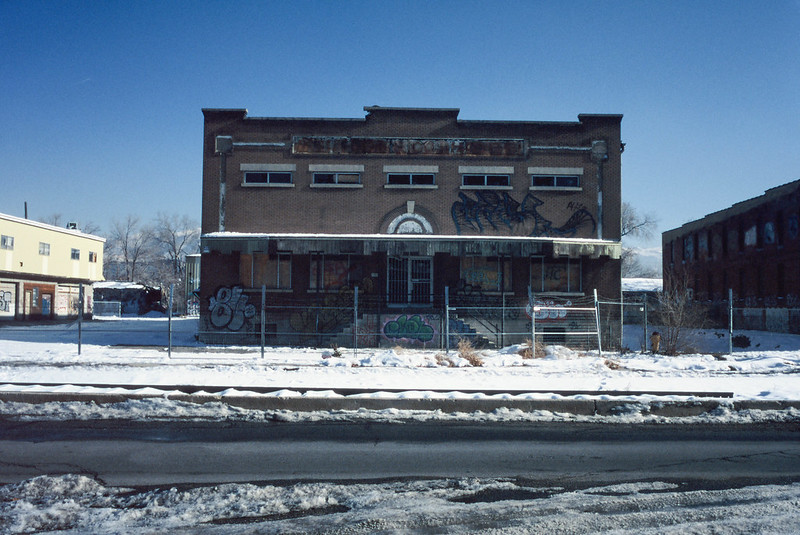 Both buildings seem from the northwest: 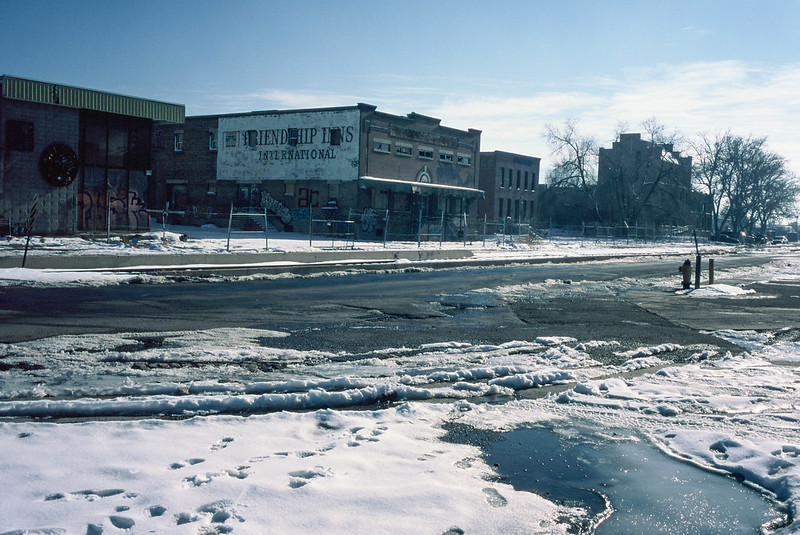 Some other highlights in this bustling neighborhood include famed breakfast joint Ed’s Place: 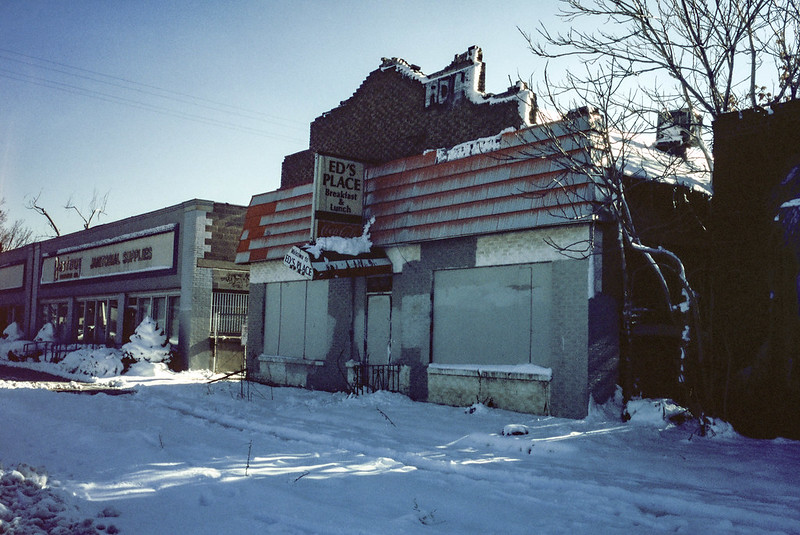 The house of guitars on 300W, about to be eaten alive by another condo development: 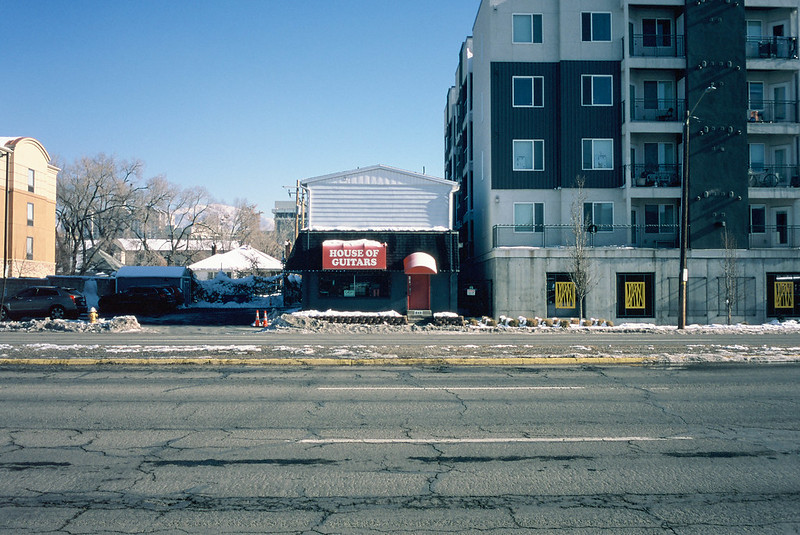 And of course There Be Murals! 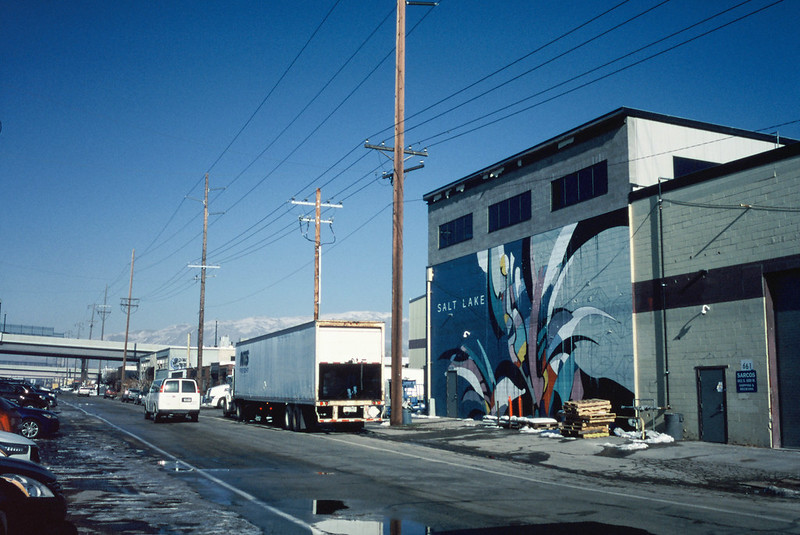 The entire album is on Flickr, and here’s a map with the photo locations: 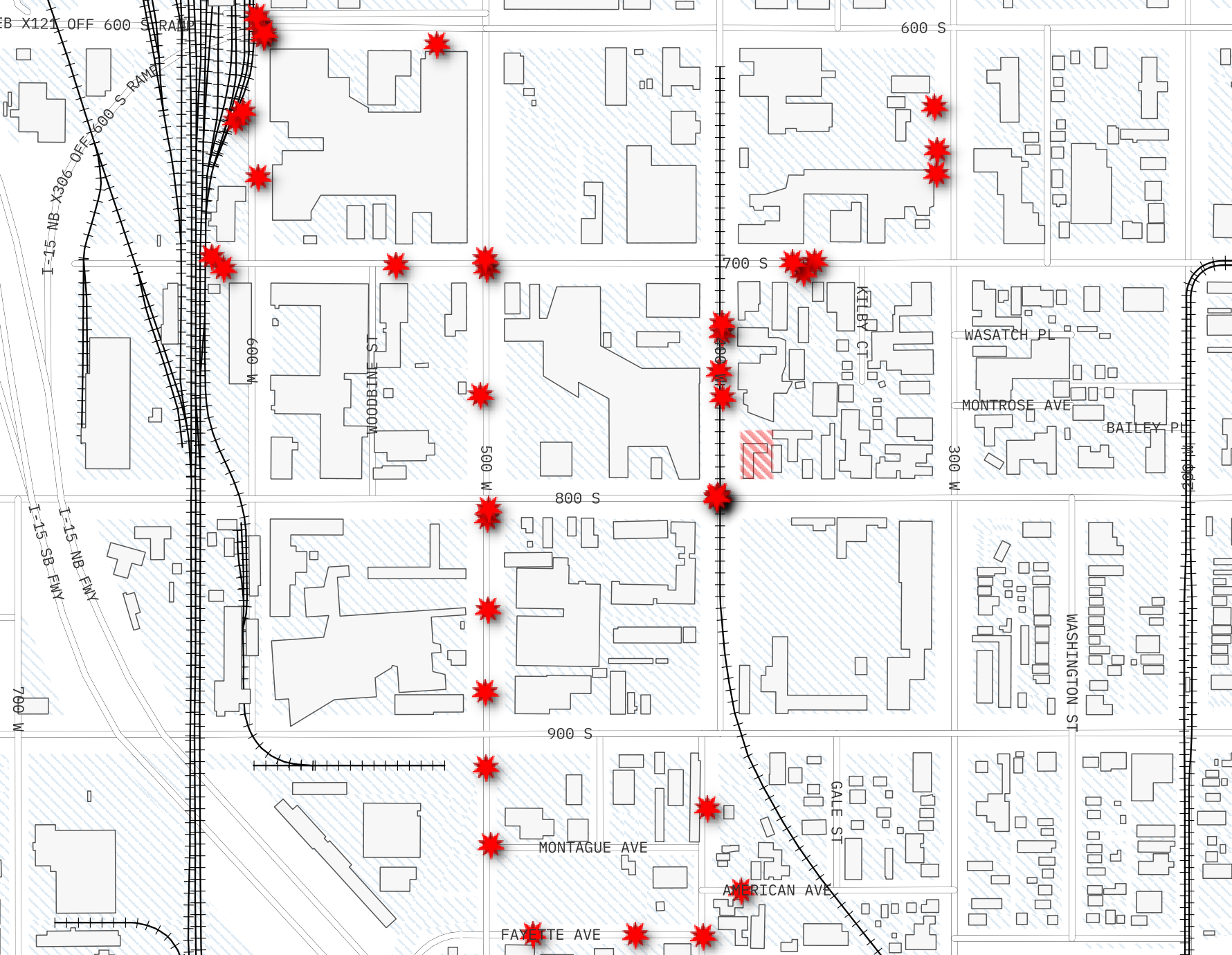 Thanks Allen’s Camera for processing and scanning the film!