With everyone at home and most in person events canceled, I wanted to find a new way to get together with my local OpenStreetMap mapping friends here in Salt Lake City. We usually hang out 1-2 times a month, at a bar or a coffee shop. I've been organizing these events since we moved to SLC in 2011 and I love it, and now I miss it.

After trying a Slack 'hangout' last month I wanted to try something new. I've been playing more PC games lately and spent some money on a nicer system and accessories like a gaming headset. This got me thinking, why not try streaming some mapping live on Twitch?

I asked around and with some tips and help I figured out a basic setup and just went ahead and did it. I had a ton of fun, 20 people watched and participated, I learned new things about mapping and streaming both, and I decided to do it a few more times to see how it evolves! 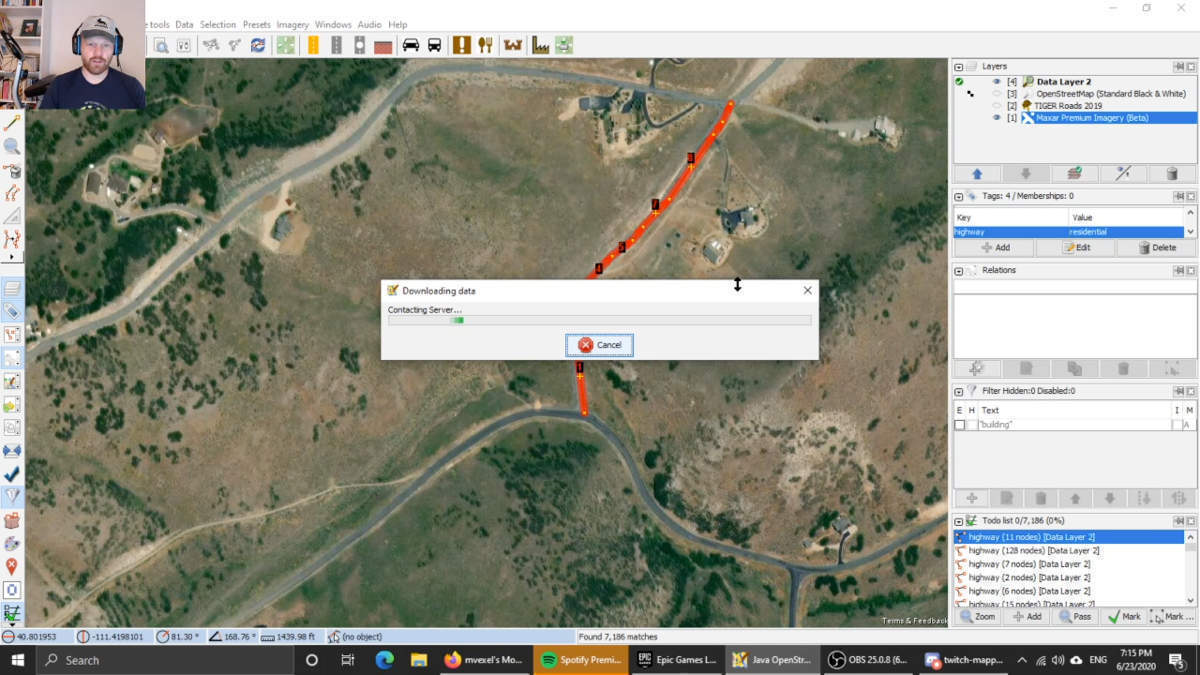 Because I am new to this streaming thing I had to figure a bunch of things out, and with some help I did, in the few hours I had between announcing the stream and starting:

So there's quite a few things that could be improved for next time. Live streaming is not something I thought I'd ever do, but it was a lot of fun to do. People who participated tell me they liked it, and the setup is kind of fun to tinker with as well, so I have scheduled two more sessions, one on Tuesday 6/30 and one on Tuesday 7/6, both 1900 MDT. I will annoucne those streams a little more widely (Twitter, Reddit, lists) and hope for even more paritipation! Follow me and tune in on my Twitch channel. Happy mapping!